Ooh, here is very feisty little creature; Experiment 222 was designed to bring down popular planetary leaders. Leader becomes pimply, smelly, positively revolting! And if leader is revolting, then people are revolting, too!  It attacks multiple areas at once, especially the dermis, eyes and stomach, as evident by the purple pimples, swollen eye, smelly feet, and uncontrollable burping.

But do not worry about catching it yourself; 222 is not contagious, as there was only one made. Once 222 has left host, however, the symptoms quickly leave with him. This was a measure meant to prevent a vaccine being created to counteract 222's effects, and allow him to wreak havoc with any unsuspecting fool he comes across!

Once activated unintentionally by Pleakley, 222 was a rather hard Experiment to capture, as he was a combination of my own personal DNA with the makings of an amoeba and a common cold germ. Simple to say, 222 is ironically, very hard to catch compared to other experiments.

Once he finally was caught, however, Little Girl gave 222 over to Gantu as a little thank you for nearly sending Pleakley to Hamsterviel. Jumba is not sure what has become of 222 since then, but I suspect he escaped while all others were busy running away. Reason being that whenever someone was genuinely sick with non-terminables, they would be cured in less than two days at most! 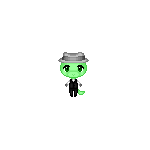 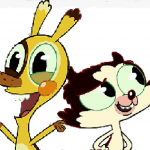